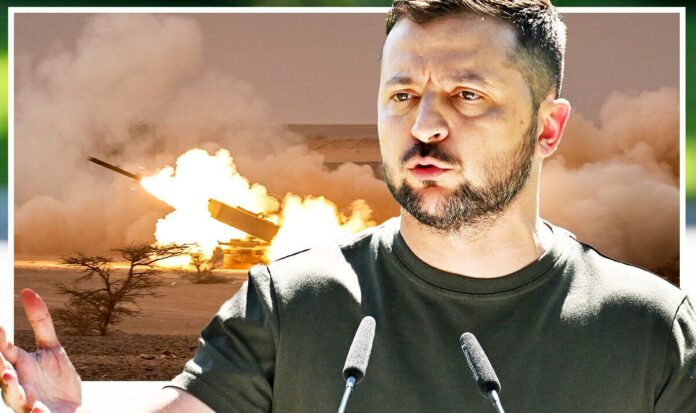 Military expert, Oleg Zhdanov, said despite Russian forces putting the Zaporizhzhia nuclear power plant at risk, Ukrainian troops are not yet in a position to retake it.

He explained: “We can’t get there yet – this is the time. The station still feeds our networks and is certified by the IAEA as a Ukrainian station.

“But in fact, the Russian administration is located at the Zaporizhzhya NPP. The leadership of Russia is located there.

“Remember what they did first at the station – they laid siege to four reactors at once to reduce power.

“Then, as a result of hostilities, the substation was destroyed – two of the three lines leaving the station.

“They continued to reduce the reactors’ power, arguing that there was nowhere to put electricity.

“The Vice Prime Minister of Russia said that ‘if Ukraine wants it, we will sell electricity to it.’

“The ‘Wishlist’ of the Russian leadership is huge. Therefore, the questions of their management at the station are a matter of time, until the moment of dismissal.

“So let them want, let them try, and when we return the station under our control, we will restore everything as it was and as it should be.”

The Office of the President has urged the IAEA and the UN to demand Russia withdraw from the site.